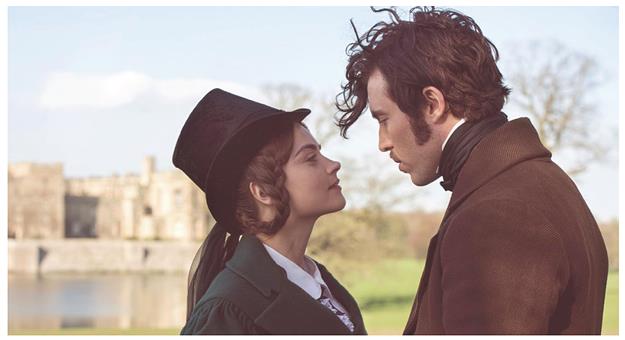 During Spring 2016 Raby Castle was transformed into a film set for the new TV series of Victoria.

Victoria, a British drama, follows the early life of Queen Victoria, from her accession to the throne at the age of 18 through to her courtship and marriage to Prince Albert. The eight-episode series includes Doctor Who and Emmerdale star Jenna Coleman as Victoria, alongside other names such as Eve Myles, best known for her role in Torchwood.

The programme will feature scenes from Raby Castles Dining Room, Entrance Hall and Corridor, and even some outdoor scenes from the Terrace, Garden and Deer Park.

If you stay with us at New Cottage, you will be just round the corner and can easily visit and see all the beautiful settings featured in the TV programme. Book your stay now

Read more about the filming at Raby Castle from the Teesdale Mercury.

This website uses cookies to improve your experience while you navigate through the website. Out of these cookies, the cookies that are categorized as necessary are stored on your browser as they are essential for the working of basic functionalities of the website. We also use third-party cookies that help us analyze and understand how you use this website. These cookies will be stored in your browser only with your consent. You also have the option to opt-out of these cookies. But opting out of some of these cookies may have an effect on your browsing experience.
Necessary Always Enabled
Necessary cookies are absolutely essential for the website to function properly. This category only includes cookies that ensures basic functionalities and security features of the website. These cookies do not store any personal information.
Non-necessary
Any cookies that may not be particularly necessary for the website to function and is used specifically to collect user personal data via analytics, ads, other embedded contents are termed as non-necessary cookies. It is mandatory to procure user consent prior to running these cookies on your website.
SAVE & ACCEPT