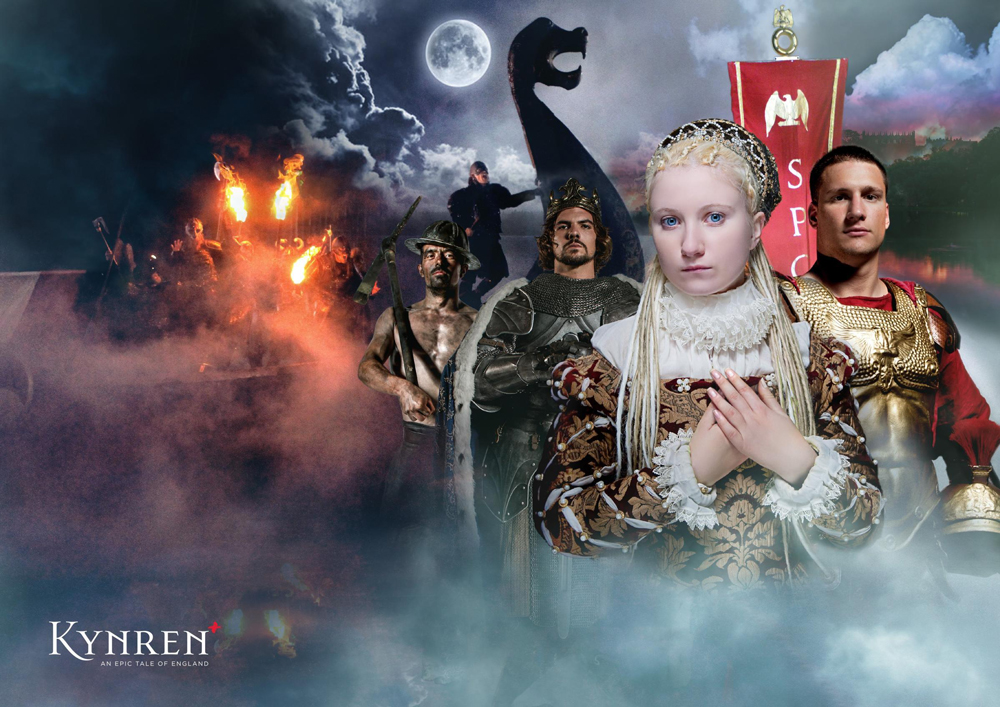 Bishop Auckland is set to burst into life as the UK’s most spectacular open-air live action night show since the opening of the London 2012 Olympics opens this summer.

‘Kynren – an epic tale of England’, presented by Eleven Arches, will take audiences on a spellbinding journey through British history when it launches in July for the first of 14 action-packed and movie-like performances of colossal and dazzling proportions.

Taking place on a 7.5 acre landscaped stage (equivalent to five football pitches) against the backdrop of majestic Auckland Castle, this incredible production will immerse audiences in a captivating story that stretches across 2,000 years, encompassing Roman times, the Viking invasions, the Industrial Revolution and Second World War, with ships and a steam train, mass choreography, mesmerising pyrotechnics and spectacular lighting and water effects.
Show Dates

How do I get tickets?

Any cookies that may not be particularly necessary for the website to function and is used specifically to collect user personal data via analytics, ads, other embedded contents are termed as non-necessary cookies. It is mandatory to procure user consent prior to running these cookies on your website.

The health & safety of our guests is always our primary concern. England is under national restrictions meaning no holidays can take place in self-catering accommodation until at least the 12th April 2021. Please read our COVID-19 procedures on our Terms & Conditions page.